The Science Department is strong, enthusiastic and forward-looking, characterised by the significant levels of extra help given to students throughout each year in order to maximise their chances of success at all levels.

The department belief is that Science is a relevant and necessary part of life and we ensure that students we teach become fully scientifically literate.

The intent our curriculum is to develop students who leave school with an appreciation of Science in the real world. Achieving this through problem solving, investigating and questioning. Thus creating a learning environment to inspire and aspire.

The KS3 curriculum is a topic-based Science course which gives students a thorough grounding in a wide range of scientific ideas and knowledge required for Key Stage 4. Students develop practical skills alongside their subject knowledge, giving them a skill-set to prepare them for move into KS4 in Year 9.

Our Key Stage 3 curriculum organises Science topics into clear objectives. It outlines what students need to know, what they must be able to apply and how to extend that knowledge where appropriate.  This skill set relates to the assessment objectives pupils will later meet in Key Stage 4. 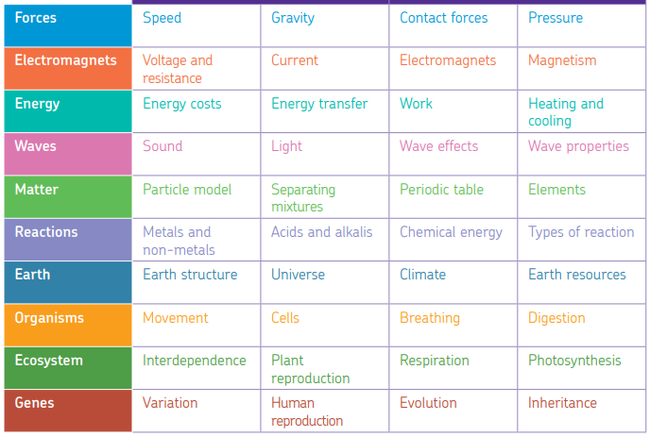 In KS4 students will either complete the AQA GCSE Combined Science: Trilogy award, or they will complete separate Science; Biology, Chemistry and Physics. The GCSE your child takes will depend on their assessment record in Science and their aspirations. The new AQA GCSE Science qualifications are 100% examinations with the addition of required practical’s.

The GCSE content in assessed in 6 examinations which consist of the following assessment objectives:

Students can demonstrate knowledge and understanding of scientific ideas, scientific techniques and procedures.

Atomic structure and the periodic table

Bonding, structure, and the properties of matter

The rate and extent of chemical change

Chemistry of the atmosphere

Sometimes Science and spiritual ideas cause conflict but in a modern society it is important to understand why these conflicts arise so we can respect the views of others, rather than allow misunderstanding to cause antagonism and conflict.

Science deals with issues such as Evolution and the Origin of the Universe from an entirely neutral standpoint, utilising only the hard evidence for such theories. Theories are evaluated and criticised from a Scientific perspective rather than a Spiritual one in order that students can gain an understanding of such theories without giving conflict to their own personal belief systems – always the aim is to ensure pupils gain an understanding of the theories involved. From this approach it is often seen that Science is able to stand alongside the spiritual beliefs of many. This is looked at often from a neutral stand point within science lessons.

Some of the areas in which spiritual development is enhanced through Science include:

Progress often brings with it moral dilemma. As we become better able to influence or change things through our understanding of Science, we create the potential for moral conflict with the views of those who prefer not to see such change enacted. By giving students a thorough grounding in some of the developments and issues, we hope to enable students to form their own, valid, conclusions regarding the morality of the use of scientific advances. Moral development is a vital part of any student’s development. Students will need to develop a good understanding of moral and ethical dilemma not only to pass their exams but also to further their development as a person.

Some of the areas where moral development is enhanced in Science include:

Science is changing our society and an ever-increasing population is greatly exacerbating this. Longer life-expectancy and uncontrolled population growth are putting ever increasing demands on resources. The advances within Science that have both led to this problems and helped to alleviate them are studied and students, through their understanding of such, will be able to further their own development and views, taking into account Scientific fact and being able to judge what is correct and what is hyperbole or simply wrong, as well as developing the ability to check things out for themselves, in order to further their own social development.

Some areas where Social development is enhanced in Science include:

Scientific development comes from all across the world, from people of all backgrounds and cultures. Science is a subject that transcends boundaries and borders and has done so throughout history. Students are given a cultural awareness of the contributions of different nations to Science as the history of some major developments are studied.

Unfortunately not the ones with chocolate chips.

Some cookies are necessary in order to make this website function correctly. These are set by default and whilst you can block or delete them by changing your browser settings, some functionality such as being able to log in to the website will not work if you do this. The necessary cookies set on this website are as follows:

Cookies that are not necessary to make the website work, but which enable additional functionality, can also be set. By default these cookies are disabled, but you can choose to enable them below: